The Netherlands is sometimes seen as the land of freedom and where progressive thinking is encouraged. It was also the first country in the world to legalize same-sex marriage. So you would think that the Netherlands is in the lead when it comes to striving for an inclusive society where everyone is treated with respect.

Unfortunately, in practice it is different. It is often people from the minority group who experience forms of discrimination. So think of people of color, people with a migration background, the LGBTQIA+ community, etc. These minority groups have grown strongly in numbers in recent years. How the unequal treatment is manifested can be distinguished between two types of problems: the explicit and unconscious form.

The second problem is unconscious racism. This is a form of unequal treatment that is not done on purpose, otherwise known as microaggression. This often concerns comments or expressions that at first sight seem harmless, but actually be painful for the recipient. An example of this is asking a person of color where they really come from. Often these people of color are Dutch who grew up in the Netherlands, so that the person of color feels treated differently. But also comments under the guise of "it's just a joke" and comments like "Ni Hao" to someone who looks Asian are examples of microaggression. Because individuals are not aware of their actions, these forms of disrespect are not often recognized as inappropriate behavior. This makes it more difficult to convince people that it is not a desired behavior. Because there is no violence or obvious hate speech, these kinds of discrimination are often downplayed. 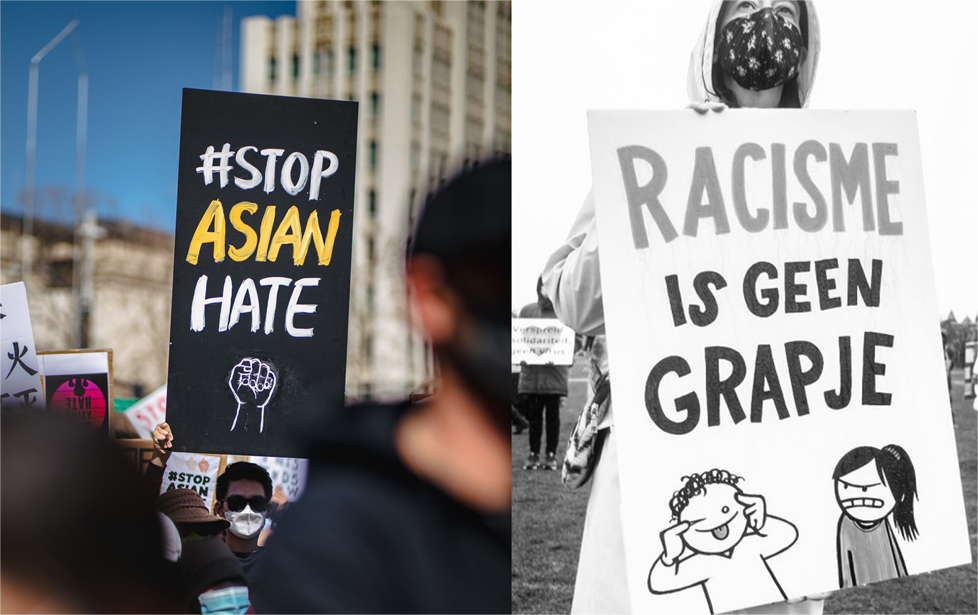 At the moment iamprofiled is working on raising awareness of racism against Asians in the Netherlands. The focus is mainly on the unconscious variant, in which we want to point out specific forms of behavior in the context of micro-aggression and provide information about how things can be done differently. Would you like to know more about how we tackle these kinds of problems and what our projects are? Have a look at our projects page.